The Minimum and Maximum Temperature has increased to above normal last day or two over many parts of Gujarat.

Minimum Temperature on 13th January 2020 was as under:

The daytime Temperature today is expected to be normal or below normal due to clouding. The winds will be from Northeast and North at 7 to 10 km/hour during morning of 14th January and from Northwest at 10 to 15 km/hour during the evening time. On 14th during 12 pm to 3 pm there will be less wind. Clear weather on most days of forecast period with partly cloudy on a day or two. A fresh Western Disturbance will come over North Pakistan around 16th January affecting North India and adjoining States giving rain in the plains and snowfall in the hilly regions on 2 to 4 days during 16th to 20th January. 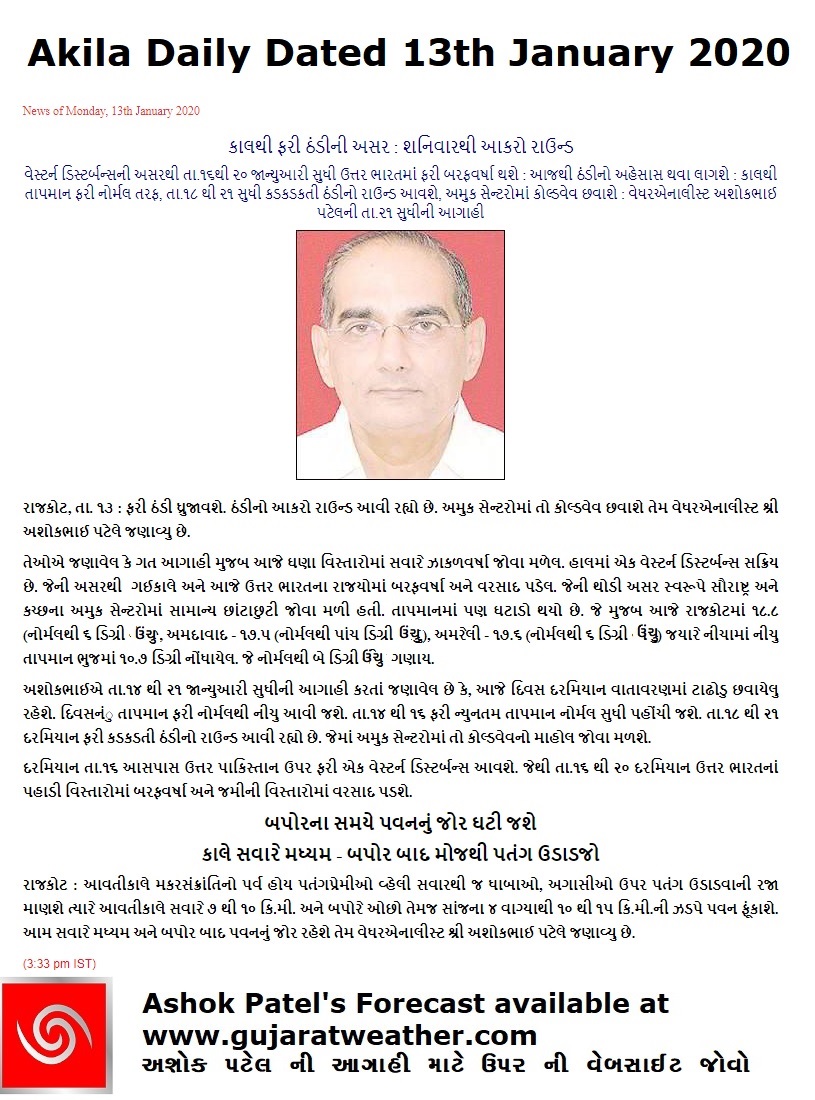 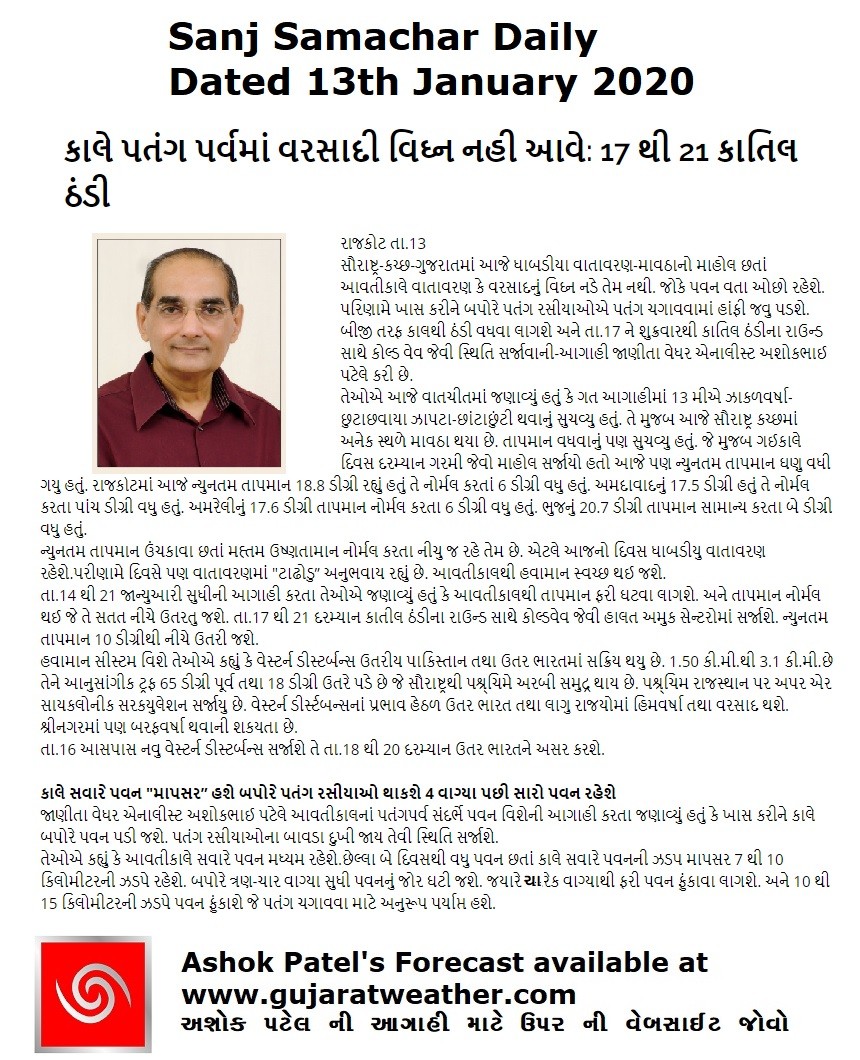